I had no idea what was about to transpire when I clicked on the Facebook link that said, “You have a memory for today.” It was just a few days ago that I had discovered this “memory” thing on Facebook and had been amused at some of the things I’d written. A hearty laugh is good for everyone, and with every “memory” I read I got just that. I had posted some of the craziest things; from “I’m two cats and thirty pounds away from listening to a police scanner as a hobby.” to “I need to stop eating mulberries straight from the tree because I think I just ate a spider and a web.” I love to cut up, have fun, and joke around. I love to make people laugh, and obviously I can laugh at my own antics. I can find the positive, and generally the humor, in every allowable situation.

This day was going to be different.

I read a few posts, laughed a little…and then…hmmm… There was a link to a song I didn’t remember. It read, “Sanctus Real – Whatever You’re Doing.” I skimmed past it because I was on a mission; a mission to find the most ridiculous “memory” listed for that day. But, my attention was drawn back to the song, and on the third time I noticed the original posting day was June 2, 2010. I quickly became sober as I remembered that time in my life. My heart was truly broken then, and now recently I’ve had several things happen that has thrown me out of sorts.  I’ve lost some sleep, shed many tears, and have felt a “cloud” over me.  I’m still joyous, but something is definitely out of kilter. I know what it is, I know my path is shifting, I just haven’t been ready to admit it. Now, I needed to remember this song I’d posted, because I still can’t…so I click on the link. The words haunted me; and as it played, this is what I wrote:

His will is for you to have your heart’s desires

– anything and everything that is in your highest good is obtainable.

Have you ever surrendered to your own truth? The voice inside of you? The overwhelming feeling of “This is me and this is what I believe”? Have you chosen that inner knowing, or the “programming” from those around you? 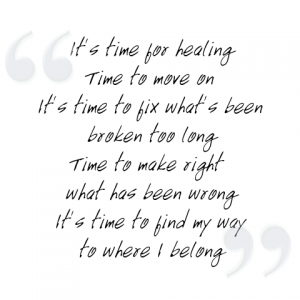 “You know the truth by how it feels” has long been a saying of mine even though for so long I chose to listen to the programming I received from others – parents, teachers, friends, and the church.

A wise woman said to me, “Oh pfff on what others think you should believe. Let God teach you.” That was my Pentecostal minister mother.  That day, that moment, was a changing point in my life. I know she didn’t fully understand everything I’d just told her beyond the “I see dead people and I can talk to them.” statement; but she knew me, she knew my heart, and even more importantly, she knew the truth by how it felt.

Thank you mom, thank you for always truly believing in me

even when you didn’t fully understand me. 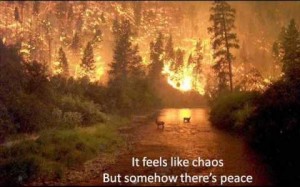 My life has always felt like chaos, and I understand why I cry as I write this now. The blue ink from my favorite pen spills onto the paper so quickly it’s as though I’m not the one writing. I need to tell the truth. My life has been chaos because I have run from Who I Really Am. I ran from it because other people didn’t understand it and therefore couldn’t teach me to understand it either.

At the age of eleven, and after countless comments and questioning looks from friends, I shut down. I guess I wasn’t “normal,” and at age eleven, normal is what’s important. Too many “that’s strange”, “no one else sees (hears or smells) that”, (and the one I heard the most) “You know the Bible says it’s wrong to talk to dead people right?”  …and so I stopped sharing my experiences. I had some wonderful friends growing up, many of whom I’m still close to. But, we were all programmed to believe a specific way, and all of us, even those who didn’t sit in church on a regular basis, were afraid of believing differently. We were afraid of being wrong and burning for eternity in that hell everyone hung over our heads. Afraid to think on our own  – and driven by fear – we blindly believed what we were taught.

I always thought so differently than how I was taught. But generally,  I was afraid to speak up. I asked questions, mostly of the adults in church, and would be shot down or dismissed in some way. I have no real idea how many times I was told, “Satan is deceiving you.” and “God doesn’t talk to people like that.” So, let me get this straight… Satan can talk to me but God and angels can’t? Yeah, that’s exactly what I was being told! My heart aches as I remember these things. Had someone been open, had someone listened to me, I would not have lived my life in fear, in confusion,….in chaos. 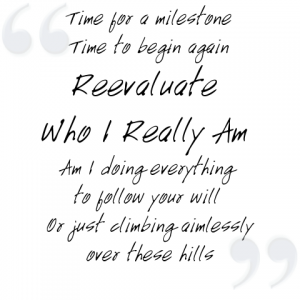 I believe everything happens for a reason. Everything. I don’t fault those who answered my questions this way, or made me feel something was wrong with me. They were living by the same ideas they had been taught . I’ve often wondered how many of them heard “That’s not accurate.” in their mind after telling me something, and thought Satan was trying to deceive them too!

Please don’t misunderstand me. I believe and accept much of the Bible, but I listen to God speak to me personally over anything else.

I used to ask people, “How would you know if God spoke to you?” And the famous answer was, “You’ll just know.” Which was generally followed up with,  “But, that rarely happens because we have the Bible; and that’s His word, that’s what we live by.” or “If you aren’t sure it’s just Satan trying to trick you.” One day my mom answered with, “You’ll know that you know.” and in my mind I heard, “You know the truth by how it feels.” – I believe I was seventeen at the time. It took many more years to learn which feeling was my truth – to trust that my feelings were the truth. 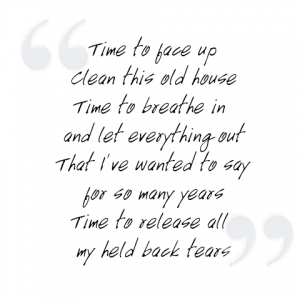 Today I come out. I’m tired of hiding Who I Really Am. I will probably lose “friends” and will have countless family members talking about how I’ll go to hell. But to end my life of chaos, I must stand up and be Who I Really Am. Plus, I can help more people by stepping out of the shadows and showing the world Who I Am. This is something bigger than me. This is something heavenly.

I was always taught that I should let God use me, to be an instrument for Him. So here I am…

My name is Julie Kellogg. I am a clairvoyant clairaudient medium. I am also a part of God, and He is well pleased.

All quoted graphics are lyrics by Sanctus Real, Whatever You’re Doing.

4 thoughts on “The Truth About Who I Am”